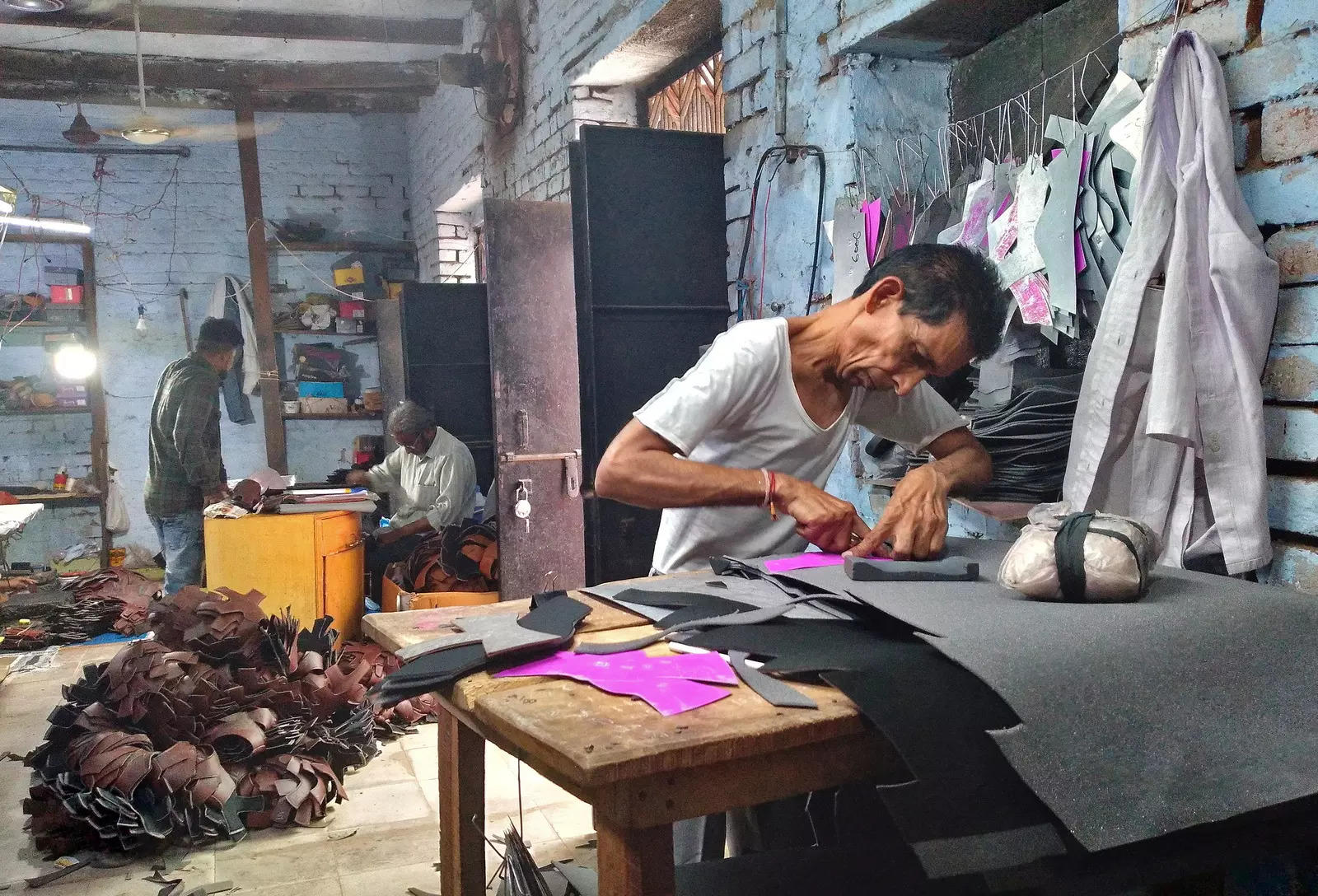 In his small shoe factory in the Indian city of Agra, Rajesh Kumar, his two brothers and three workers have been sitting idle for a week, faced with a dearth of new orders and increasing pressure from surging materials costs.

“The cost of synthetic leather, chemicals and other raw material, mostly imported from China, has gone up by over 20% in last three months, while the price of the final product remains same,” the 60-year-old said in his poorly lit two-room factory in the congested back lanes of the Taj Mahal.

Agra has been India’s biggest shoe making centre since the Mughals ruled from the city centuries ago but Kumar’s small businesses and thousands like it across the country now work on shrinking margins, squeezed by rising commodity prices and weak consumer demand.

India’s economy grew at its slowest pace in a year in the first three months of 2022, data showed this week, hit by a fall in manufacturing and weaker consumer spending.

Manufacturing contracted 0.2% year-on-year, after a 0.3% expansion in the previous quarter.

Small firms, which employ about 110 million Indians and account for 45% of manufacturing, were hit the hardest, casting a cloud over the economic recovery.

“Life has become miserable for small businesses,” said K.E. Raghunathan, convenor of the Consortium of Indian Associations, which represents nearly half a million businesses.

He is concerned about a 30% rise in costs for the auto-parts, textiles, footwear, food processing, engineering and packaging industries.

“Unlike big companies, small businesses – who have little bargaining power and depend on middlemen – are unable to pass on rising costs,” he said.

Over 72,000 small businesses in the southern state of Tamil Nadu have shut up shop in the past few months and many others face closure, he said.

In western India’s industrial hub of Ahmedabad, Nirav Trivedi’s metalworks business has struggled with a 60% rise in steel and gas costs over six months, forcing him to cut his production and workforce by a third.

“Though we have more work compared to the pandemic, profits have slipped to below 8% compared to 20-22% margins earlier,” he said, adding some projects had become economically unviable.

Following the GDP data, economists downgraded their growth forecasts for the fiscal year starting April to around 7% from 8.5% to 9% previously.

To tame inflation, which hit an eight-year high in April, the central bank last month raised interest rates. It expects the tightening to curb cost pressures and improve prospects for businesses.

While India’s factory activity expanded in May, according to a purchasing managers’ index, surging prices remain a major concern.

However, manufacturers say the state relief was “too little” as prices of energy and raw materials soar along with taxes.

The rupee’s more than 4% decline against the dollar this year has also made imports more expensive, he said, adding to the burdens from rising interest rates.

According to market researcher NielsenIQ, rural consumption fell 5.3% in January-March, the largest decline in last three quarters, which has hurt small factories.

“There is an increase in the exit of small manufacturers in January-March period due to high input cost pressures, and not being able to pass on the costs to the consumers,” NielsenIQ said.

India is the world’s second-largest producer of footwear after China and according to industry estimates, Agra meets nearly 65% of domestic shoe demand and accounts for more than 25% of the country’s $2 billion shoe exports.

Ashok Kumar, 45, a worker at another small factory in Agra, said they were now working longer hours to earn about 12,000 rupees ($155) a month while cutting down spending on food, children’s education and other expenses.

“I am unable to feed my five children despite working for 12 hours a day,” he said.